TAROT: A RECEIPT BOOK IN PICTURES 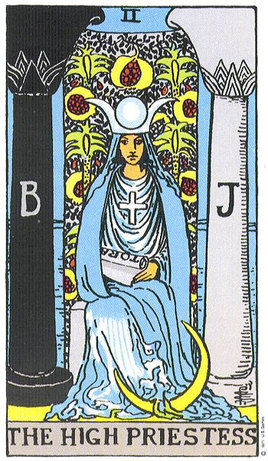 I have previously written about prescriptive rites in the past and described how you can use divination to recommend a course of action to an individual to help them obtain their desires.In this article, I would like to expand on those ideas previously set forth and take a closer look at the Tarot as a receipt book in pictures.

The Minor Arcana is made up of 56 cards which the average person will recognize as being similar to a standard poker deck. The 56 cards are comprised of four suits from Ace to 10 with a Page, Knight, Queen and King.  The four suits of the Minor Arcana relate to the four elements and certain modes of magic associated with those elements. For example:
So when you are doing a reading with the intent of prescribing a rite to an individual, if your "Future" or "Outcome" card is one of the Minor Arcana the first thing you should look at is the suit. This will give you an idea of what element the seeker should work with. Next, you would look at specific images in the card itself for ways in which to work with the element and this would obviously also depend on the seeker's question or issue.

For example, let's say that your client feels that they are being jinxed by an enemy (and the cards indicate that this is so). Your "Future" card is the Nine of Wands. Looking at the card, you may notice that 8 of the wands seem to be forming a fence (or wall) around the central figure in the card. Knowing that the wands relate to fire you may instruct your client to load a human-figural candle with their personal concerns and surround this with 9 candles dressed with fiery wall of protection oil.  You might also notice that the figture is wearing a white-bandage around his head and instruct the client to wear a white handkerchief or bandanna around their head to keep their enemy from getting in their head.

Now let's say that instead of the Nine of Wands your "Future" Card was the Three of Pentacles. In this instance, you might instruct the client to gather dirt from three holy places and carry it in a mojo bag along with their written petition for protection and have a priest say a blessing over the bag. Why would you advise that based on this card? Pentacles relate to the element of earth, the three of pentacles shows an architect building a church or cathedral who is consulting with a nun and a monk.

In addition, there are several minor arcana cards which have specific meanings that relate to the practice of Hoodoo in a direct manner. For example.


I'd like to pause here to say that just because you see a certain element in a card and think that it may be appropriate for the situation in question does not necessarily mean you have to use that specific curio.  For example you draw the Queen of Wands and see the black cat and immediately think of the black cat bone. The problem is you don't have a black cat bone and are not cold-hearted enough obtain one by harming an innocent cat. In this case, you may wish to substitute another herbs, oil, or curio for the same purpose. Black cat bones are traditionally use for luck in gambling, invisibility, or to return a lost love. Therefore you may wish to substitute Lucky Hand Root (gambling), Fennel Seed (invisibility), or Damiana (return a lost love).

Meditations on the Major Arcana

The Major Arcana is somewhat different from the Minor Arcana in that each card is not specifically associated with the four elements in a clear and / or direct manner. In those instances when you are prescribing rites based on Major Arcana cards you have to look at the card for specific elements in the card which you feel speaks to the nature of the clients issue or condition.

Below is a list of the Major Arcana Cards and some of the associations I have made between them and popular Hoodoo Conditions and various modes of Magic.


This list is, by no means, comprehensive but it will give you an idea of how one can use the vehicle of the tarot as a springboard for determining those types of magic, condition, oils, curios, etc.... needed to bring about one's desires.