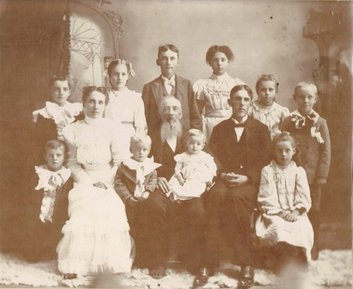 Photo Courtesy of Kathy Robinson
At the core of the world's major religions is the belief in the continuing existence of the soul following the physical body.

According to some Rootworkers, depending on their specific religion, human beings are comprised of the body, the soul, and the spirit. When a person dies, the body goes to the grave, the soul rest at peace and the spirit remains on Earth until it is reunited with the body on the day of Judgment.

Perhaps this is why the terms ghost and spirit have become virtually interchangeable.  Simply stated, however,  a Ghost is what a human-being becomes when he or she dies and their soul remains earthbound. These reasons commonly include.


Other terms synonymous with the term ghost include haunt, haint,  duppy, and poltergeist.

Ghosts manifest in various forms. They may appear as balls or streaks of light, shadows, mist, and they sometimes, but not often, appear in full of partial human form. Those gifted with extrasensory abilities have reported being able to see, hear, and even feel the presence of ghosts. Other individual have reported being physically touched by ghosts.

Ghosts can be friendly or unfriendly, as evidenced by the four classifications of ghosts.

Many spiritual traditions have their own methods of helping a Ghost to move on, or of banishing a negative entity. Some of these methods include:


A relatively new method of banishing a ghost within the realm of Parapsychology, involves electron displacement. This school of thought theorizes that an electron flow is needed to keep a ghost on this plane and that by reversing the polarity of electrons in a given area, a resident ghost will lose its foothold on this plane of existence.
See Also:

The Dead
The Dreaded Plate Eye
The Boo-Hag