Be Just and Fear Not 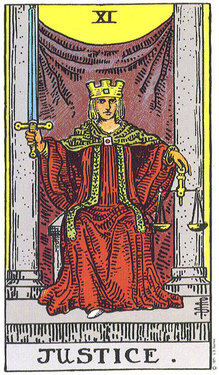 Unlike religions, such as Wicca, that accepts the practice of magick as part of its belief system and which advises its adherents to “harm none”; Hoodoo-not being a religion-generally does not ascribe to any notion of karma. In fact, since Hoodoo is essentially the separation of magickal practices from religious dogma, the ethics of conjure is left entirely up to the practitioner and his or her sense of moral values.

Some conjure workers are said to be Lady Hearted which means that they are morally opposed to bringing harm to another individual or animal through the use of spells and magick; while other workers will gladly curse your enemy under certain conditions. Again, some workers are opposed to breaking up marriages so long as abuse isn't a factor. In some cases, it may not be that the worker doesn't want to perform a certain type of spell or working, but that they may have no talent for it.

This, however, does not mean that practitioners are completely free to do whatever they want with no consequences. While Hoodoo allows for an individual to not only protect themselves by magickal means but also to retaliate against those who have wronged them, they also hold to the belief that a spell must be justified in order for it to work.

Justified is a term that one will often hear about in the practice of Hoodoo, especially when the subject of curses arises. Curses are a malevolent type of spell the effects of which can range from bad luck to death.  Curses can be placed on people (Longinus), places (King Tut's Tomb), and things (The Hope Diamond). The motivation for cursing can include Envy (Snow White), Revenge (Tecumseh), Punishment (Angel, from Buffy the Vampire Slayer), to Teach a Lesson (Brother Bear), or to protect an object--mostly from theft (Religious Idols and other Holy Objects) or places (Shakespeare's Grave).

The belief in curses can be found in virtually every culture and they are mentioned in the sacred texts of many religions. Most religions forbid the practice of cursing, while others, citing the use of curses in their holy books, utilize them to protect their selves from their enemies and other forms of evil. Every religion has a form of blessings intended to protect people, places and things from curses. Non-religious individuals believe that curses are a product of the mind and are psychological in nature. In a sense, people "curse" themselves because they believe that they are cursed.

In the Christian Bible, curses are seen as a wish, which can only be fulfilled by God and only when the curse is deserved. For example, if you lay down a powder to curse one individual it will only have an effect on that individual an no one else who happens to walk over the powder. Furthermore, it is believed that curses which are not justified or deserved have no effect (Proverbs 26:2).  In other instances, curses are used to prevent individuals from breaking certain laws. In the Bible, curses can be used with success by those who have been wronged and/or oppressed. In addition a curse which is both deserved and uttered by a person in authority is said to never fail.
See Also: