The Use of Photos in Hoodoo 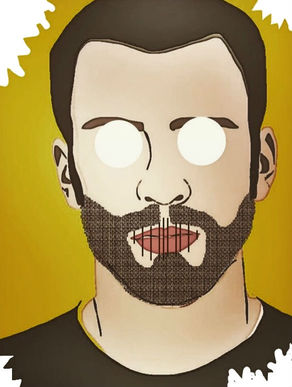 One of the means by which folks successfully work magic is through a process called Sympathetic Magic and the use of Personal Concerns. Sympathetic Magick works on the principle that ‘invisible bonds connect all things’.

Sympathetic Magic can be divided into two categories, Homeopathic Magick and Contagious Magick. The Scottish anthropologist Sir James G. Frazer first described these types in his book The Golden Bough (1890).
In the modern era, the use of photographic images has become extremely popular with the rise of social media sites such as Facebook and Instagram. However, the use of photographs are not new to the practice of Hoodoo.
In volume 4 of the Hyatt Material, a number of  spells and procedures are given that make use of photographs or photographic plates. Some examples include: Many modern practitioners recognize that just about anything that can be done with a doll-baby can also be done with a photograph. In some instances, folks have even cut a person's face out of a photograph and attached it to the face of a doll rather than including it in the body of the doll. This often helps a person to make a strong connection in their mind between the doll and the person it is intended to represent.

Because of their two-dimensional form, photographs can also be used as written petition by writing your petition either across the actual photograph of the person or on the back of the photograph. Such petitions have many uses such as adding them to bottle spells. They can be rolled up and inserted in all kind of bottle spells such as Hot Foot Bottles, Break-Up Bottles, Vinegar Jars, and even Honey Jars. In addition, they may also be taped or glued to Vigil Lights to represent the person the light is for or who it is to affect.

A photo may be substituted for a doll in a mirror box, you may write your own name across the forhead of a person's photo to make them think of you, etc...the possibilities are endless.

Photographs aren't just limited to people either. They can represent anything that you wish to draw to you or move away from you. A popular spell given by Cat Yronwode, and which I recently used with success, calls in part for placing a photograph of any material object you wish to manifest on a plate and placing a lodestone on top of the photograph. The photograph can be dressed with any type of attraction or drawing oil and the lodestone is fed everyday along with your prayers or petition to bring about the thing in question.

Methods of Preparing a Photograph

In addition to the few spells given above, there are also a number of ways to prepare a person's photograph for use in magic. In the Hyatt material, there are a few instances in which the corners of the person's photograph are either cut off and thrown away or singed with fire. In some instances all four corners are cut / burned, in other instances only two of the opposite corners (top left and right bottom, or vice versa) are treated in this way. The theory is that by cutting off or burning the corners it keeps the person's spirit from escaping the photograph.

In other instances the eyes of the photograph are crossed out with a large X or cut out to either harm the person (i.e. cross them), in the case of a curse; or to prevent them from having eyes for anyone else in the case of love spells. Finally, vertical lines are often drawn across the person's mouth to mimic it being sewn shut to stop gossip and lies.  I must admit that preparing a photograph in this manner makes a dramatic statement and summons up the necessary energy to enact powerful spells of hate and revenge.

The modern era has given us not only greater access to the photographs of others, but it has also given us new tools with which to manipulate those images. With programs like photoshop or paint.net, the modern worker can now digitally transform photographs to reflect what they wish to occur to a person or individual.

With a basic understanding of these programs you can take a photograph of a person and alter their looks by making them appear to be sick, injured, or even dead. You can copy their face and paste it on the body of another person, for example, placing the face of a physically fit person onto the body of an obese person or vice versa. You can take a photograph of them holding hands with another person and exchange it with your own. You're limited only by your imagination.

As you can see, the use of photograph in the practice of magic is probably as old as photographs themselves and they have a wide variety of uses.