Our ancestors were a hard-working lot who didn’t have time to take up esoteric studies of divination such as Astrology, Tarot, or even Playing Cards. Though they may have had some knowledge of these systems, their knowledge was often limited and/or highly specialized.

For example, they may have known how to plant according to the moon’s sign or to break a habit when the moon is waning but chances are they couldn’t draw up and delineate a person’s natal, or birth, chart. Furthermore, they may have known that to draw the Ace of Spades was an omen of death or that Aces over Eights was a bad sign but relatively few of them could do a full reading with the cards beyond a simple card cutting.

These systems of divination were often reserved for the professional psychic or rootworker, however that does not mean that there weren’t other options available to the average person. Many of these methods developed over time and were passed down through families and other contacts as traditional practices.

Some Basic Items Used for Divination

Folks often didn’t have money to spend on fancy tools like tarot cards and crystals balls so, as is often the case, the people made due with that they had. For this reason, you probably have several tools in your own home right now which can be used for the practice of divination. Some of these tools include, but are not limited to, the following:

Certain folk-magic practices prescribe various rituals to determine if one has been the target of a psychic attack, specifically in the form of the evil eye. Some of the rituals include:

Get something personal from someone you suspect in order to test them. Place the possession in a pot of water, add some salt, and set it to boil on the stove.  If, while the object is boiling, that person shows up at your door or calls you, then that is who jinxed you. It is considered a truly damaging piece of evidence if the person mentions how hot it is, because it means they are feeling the heat of the boiling water. If they do not contact you, clean out the pot and wait a day, then move on to the next suspect. This procedure can be used to determine the name of the individual who stole something from you as well.


This spell works two-fold. First, it identifies who jinxed you and second it forces them to break the spell. To begin, find a black walnut tree growing in a secluded place and call it after the one who cursed you. Draw an X on the tree and drive a nail in its center part way. Everyday, drive that nail in a little farther. If the one you name is guilty, they will feel the pain of that nail. When they can't stand it anymore, they'll come for you, or send someone to borrow something from you.  If you give them what they want, it will break the power of the nail and they'll keep tormenting you. If you don't give them what they want, they will have to stop or the pain will kill them. 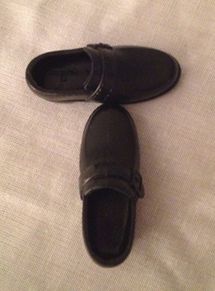 In the magical tradition of the granny women of the Appalachian mountains if a girl wished to know if her boyfriend loved her she would hang a bible on a string and recite a Ruth 1:16-17 (where you go there shall I follow....) followed by the name of her beloved. It is said that if the bible turns on the string so that the open end would face the girl, then her sweetheart loves her and that they will one day marry. Similar procedures have also been reported for discovering a thief as well as taking off a spell.


Place you shoes in the shape of a capital T before bedtime while reciting “I make of my shoes a T, hoping to my true love see!” and it is said that you will dream of your future husband.


Place a sprig of rosemary in one shoe, and thyme in the other and then sprinkled them with water three times. The shoes are placed at the foot of one’s bed and it is said that the owner of the shoes will have a dream of her future husband.


Finally, a girl wishing to know if she is to be married within the year is instructed to wait until the Eve of St. Andrews Day, which is observed on November 30th, and then throw her shoe at a door. It is said that if the shoe points in the direction of the door then she will marry.

Determining the Gender of an Unborn Child


More than a need to satisfy simple curiosity, to know the gender of a child before it was born was often necessary. Many folks believed that it was unlucky to put new clothes on a new-born child and so appropriate hand-me-down were often given by family and friends.  In some places such as Ireland, boys were dressed in girls clothing to fool the devil who was believed to come after them. Alternately, a girl child was dressed in boy’s clothes in the belief that she would have many suitors in life.

What is a Spiritual Checkup and Why are they Important?

From time to time, we get so busy with our everyday lives that we forget how important it is to take the time to care for ourselves. Sure, we visit the doctor or dentist when something ails us or we are in pain and some of you are even diligent when it comes to getting your yearly checkups to make sure there aren't any problems and everything is working properly.  But, how often do you perform a spiritual checkup for yourself?

All too often people wait until something is wrong before they take an active part in their own well-being. Sure, as magickal practitioners we put up our protections and if everything seems okay then we assume that our magic is working. I've also seen many people who put a great deal of faith in their own magic while discounting the power of others which can be a huge mistake.

However, those protections don't always work and sometimes things get through. Evil might come all at once like it breaking down your door and charging in like it owns the place, or it might just seep into your life through a small crack that you weren't even aware of. That's why it is important to perform a spiritual check up from time to time so that you can be aware that something is amiss before it has the opportunity to fully get to you and do the most damage.

For the average person, a spiritual checkup should probably be performed once about every 6 months. Other times when it would be wise to perform a spiritual check up include your birthday, New Year's, or anytime you feel that you need one. For one person that may be once every month for another it might be four times a year.

How to Perform a Spiritual Checkup 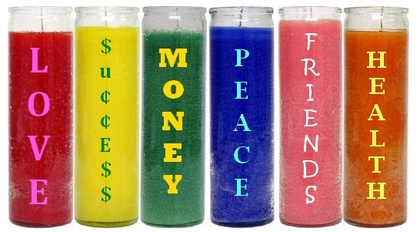 Begin by gathering several candles. They can be Vigil candles as in the illustration above or regular offertory candles. Set them up on your altar and designate each candle for a different area of your life. You can do this by assigning a specific color to each area of your life or if you only have white candles you can carve a keyword on each candle. If you go the second route, be sure to slip a piece of paper under each candle with its designation written on it or draw a little diagram for yourself so that you know which candle corresponds to what area of life it represents.

When your candles are ready, light them and pray Psalm 91 with the intention of having any dangers revealed to you. You will then observe the candles as they burn and take notice of how they burn or any marks they they leave behind.

For example if the candle designated for Money burns down clean, but the one designated Love burns dirty it could be a sign that someone is working against your relationship to break you up out of jealousy for your happiness or to take your partner from you. If you are single, and do not wish to be, it could be a sign that someone has cursed your love life so that you remain alone and lonely.

If this is the case, you should then think about how your relationship has been going lately. Have you been having problems out of the ordinary? Has your partner been distant? Have you been fighting more often? If so, you might want to have a reading performed on your behalf to look into the situation more in depth. Even if you don't think anything out of the ordinary is wrong it would be wise to do some work to strengthen and protect your relationship as well as to cleanse yourself and your environment. The same goes for any area of you life where negativity may be indicated.

Of Signs and Omens...

In addition to these simple rituals of divination or ancestors were keenly aware of their environment and often observed signs and omens which portend good or ill fortune. Some example of signs and omens are as follows: