STONES & HOW TO USE THEM 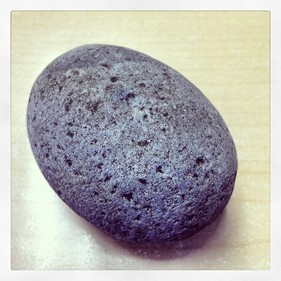 As a Wiccan / Pagan I am not unfamiliar with the use of crystals, gems, and stones in the practice of magic. However, in the Hoodoo Tradition these types of stones are not generally used with the exception of minerals such as lodestone and pyrite to name a few. Nonetheless, that is not to say that the use of stones cannot be incorporated into the practice of Hoodoo.

Hoodoo came out of the practices of Africans brought to America as slaves. Here, their beliefs and traditions blended with Native American herbalism and European magical practices within the Christian cosmology. Within that cosmology there are an array of sacred stories and practices which can be adopted and followed by modern spiritual practitioners in the Hoodoo Tradition.

For instance, in the Genesis 28, Jacob is fleeing his brother Esau whom he had tricked out of his inheritance and came to rest in the city of Luz. There, Jacob lays his head on a stone and has he dream of a ladder connecting Heaven and Earth and in his dream he sees angels coming and going up and down the ladder.  At the top he saw a vision of God who told him that the land upon which he slept is now his and God would make him and his descendent to prosper and spread out in all directed and that God would be with him until he has fulfilled every promise to Jacob.

When he awoke, Jacob set up the stone as a sacred pillar, he poured oil over the stone. He named the land around him Bethel (meaning "House of God") and made a covenant with God that so long as God be with him and make him to prosper Jacob will return 10% to God. It is thought that Jacob believed that the stone held the spirit and power of God.

In other instances pillars of stone were set up to commemorate a place where God appeared, spoke with people and performed miracles.

How You Can Use Stones in Your Hoodoo Practice

As you can see stones were often used in the Bible as altars. Here, they commemorated places where God communicated with folks through signs, dreams, and miracles. What better way to continue this tradition than by placing a stone on your altar(s). In fact, I often place flat stones on my Prosperity Altar on which I place coins to represent my fortune being built on a solid foundation. Over time, your stone will absorb residual energy of your working and be filled with the spirit and power of your intentions.

Folks who built stone altars often gave them names such as the "Stone of Help" or "Serpent Stone" so why not have a different stone for different altars such as a "Prosperity Stone", "Love Stone", "Stone of Protection", etc..  You can even place a "Dream Stone" under your pillow, or at least near your head while sleeping for communication with God through dreams.

In addition, depending on the size of your stone, you can carry it with you to serve as a portable altar. I often carry different stones with me to keep their power close to me and often hold them in my hands while praying for different people and objectives.

As a Doll Baby

Just like Absalom named a stone after himself, you can name a stone after an individual and use it in the manner of a doll-baby.  In and of itself this concept is not entirely new. During the witch trials, an accused witch named Goody Glover used stones in place of dolls to (allegedly) torment her victims by wetting her finger with her own spit and rubbing the stone.

If you desire, you can find a stone that is similar to the person's body type. For example a little round stone for an over weight person or a long, slender stone for a skinny, tall person, etc... Dress the stone with a specific condition oil and hold it in your hands as you make your prayer or petition concerning them.

Just like the Jews leave stones at the graves of loved ones in place of flowers, you can use stones to commemorate and honor your Ancestors. On my own Ancestor Altar, I have two smooth, flat stones about the size of my palm. One is slightly larger than the other. I call the large one the "papa stone" and the smaller one the "mama stone" and they represent all my male and female ancestors respectively.

If you desire, you can gather several stones together in a special bowl and name each one after a deceased ancestor and let this serve as a focal point for your own Ancestor Altar. However, I do recommend that you include something similar to my Papa and Mama Stone or at least one stone to represent "unknown ancestors".

If you worry that using stones without specific names attached to them will draw those ancestors with whom you did not get along, who died "bad", or whom you simply do not wish to welcome into your sacred space you can frame your intention with positive prayers while setting up or working at your Ancestor Altar by saying something along the lines that only positive, helpful spirits of your Ancestors are welcome at your altar.