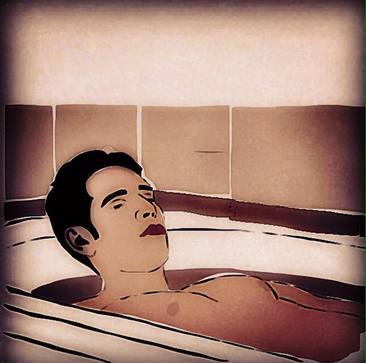 What is Spiritual Bathing?

Spiritual Bathing is a hallmark of the Hoodoo Tradition, a term denoting African American folk magick which incorporates elements from both African and European religions in terms of its core beliefs.  In many magickal traditions, including Hoodoo, bathing is often done prior to performing a magickal operation to ensure that one is both physically and spiritually clean. However, in Hoodoo, a spiritual bath is often a magickal operation in and of itself. Baths are prescribed for a myriad of conditions, for example love, protection, cleansing, uncrossing, etc…

Spiritual Baths were born out of a need for individuals to feel and be spiritually clean, as well as the draw those influences needed or wanted to address a specific issue in our lives.  In earlier times, people traveled over long distances to be treated by a Rootworker, often staying overnight.  The Rootworker would rise up before day break and prepare a bath for the client.  A bath was prepared in a wash tub, and when all was ready, the client was brought into the room.  After instructing the client on how to bathe, the Rootworker would leave the room.

When people migrated to the cities early in the 20th century, the Rootworkers adapted due to the fact that overnight stays were no longer necessary. Clients who were prescribed baths now given either a prepared bath in a gallon jug, or a packet of dried herbs with complete instructions on how and when to prepare and perform the bath as well as how to dispose of the water.

If you perform a search for spiritual bath recipes online you will find a plethora of examples. However, most if not all, baths will be comprised of a variation of a Mineral (bath salts, saltpeter, bluestone, etc...), a Chemical (Ammonia, Pine-Sol, Condition Oils etc…), or an Herb (Lavender, Mint, Hyssop, etc...).

The ingredients used in a spiritual bath will correspond to one’s intention or goal. For example, if you wish to draw money you will use those minerals, chemicals, and/or herbs which are traditionally believed to draw money. The same goes with other types of goals as well.

When to Engage in a Spiritual Bath

As stated earlier, spiritual bathing is often done prior to performing a spell or working. In some cases, however, such as cursing--- a spiritual bath may be performed after a working for the purpose of removing one’s sin. In accordance with the tradition of observing times, there are three main factors to consider when deciding the time to perform a spiritual bath. They are:

2) Day of the Week- To be successful in attaining one’s goal, it is believed that you should begin your work on         the day that is traditionally associated with your goal. They are:


3) Hour of the Day- To draw or attract, perform the bath when both clock hands are rising; to repel, bath when     both hands are falling, and avoid those times when one hand is rising while the other is falling.  However, it             should also be noted that the most traditional time of the day to perform a spiritual bath is early in the morning     near sunrise.

The Mechanics of Bathing

A basic “Standing Up” bath consists of preparing your bath by steeping your recipe in water on the stove and then allowing it to cool to a tolerable level. The pot is then taken to the bathroom where you have stopped your drain and placed two white-candles either on the rim of your tub or on the floor outside your tub far enough apart for you to step in between. Remove your clothes, light the candles, and step inside your tub. The bath is poured over your head and allowed to run down your body as you make your prayer or petition (usually in the form of a Psalm).

The body is then rubbed down and away from ones self to drive out evil, negativity, crossed conditions, etc… It should be noted that if your goal is to draw something towards yourself, such as love, money or health, then you would rub upwards and toward yourself for attracting your wish to you.

Finally, step out of the tub backwards passing through the two white-candles and dressed in clean, white clothing. Capture some of your used bath water before un-plugging the drain and dispose of it at a crossroads by throwing it over your left shoulder towards the East and walk away without looking back.

Alternately, you may wish to take a “Soaking Bath”, which consist of filling your tub with water adding your bath, and placing your white-candles on the floor as before.  Sitting in the tub, pour the water over your head, however, you can do this several times if you like and recite your prayer or petition repeating as necessary. When you are done, you may simply soak in the water and meditate on your goal. When you are done, step out of the bath between the two white-candles and capture your bath water to be disposed of later before unplugging the drain.

While spiritual bathing as described above is the most traditional form of cleansing and there are a few alternatives which include, but are not limited to, the following:


Spiritual Bathing is a very old practice that entails washing the body with a combination of minerals, chemicals, and / or herbs at specific times for specific purposes. The most common considerations for choosing your timing are the moon phase, day of the week, and hour of the day (traditionally near sunrise); although there are other times to consider as well. Spiritual Bathing may be performed to draw things towards yourself or to remove unwanted conditions and influences. Alternatives to spiritual bathing include washing of the feet, head-washing, cleansing with an egg, or smoke or cleansing by proxy.