But Someone Has to do It 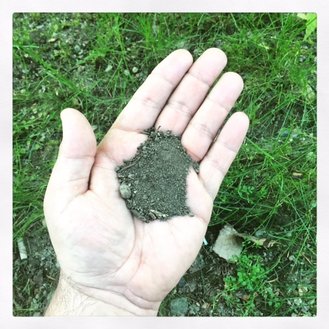 In the Hoodoo Tradition, dirt (i.e. loose earth) is often an ingredient used in various spells, and workings. Most information available today focuses on graveyard dirt, however there are other types of dirt which can be used.

Graveyard Dirt To begin we will discuss the former rather than the latter. Collecting graveyard dirt is an aspect of working with the spirits of the dead. What makes the dirt from a grave so valuable? In the ancient times, folks were often buried with little to no protection for the body; that is, they may have been covered in a death shroud (a simple white cloth) or a plain pine box. As the body decomposed it returned to the earth and became a part of the soil itself. In effect, graveyard dirt was the essence of the person’s body. In a sense, graveyard dirt is comparable to animal curios such as the rabbit foot, crab shell powder, or a racoon penis bone. Today folks are often burned in airtight coffins sealed in steel vaults, however, the beliefs behind the practice of collecting graveyard dirt remain.

Let me state at the outset here that graveyard dirt is never taken, but rather it is paid for. The process of buying graveyard dirt begins at the gates to the cemetery where permission to enter is asked for and an offering of nine pennies are left on the ground by the gates. Exactly who you are petitioning is a personal choice. If you are a rootworker or hoodoo practitioner it may be God; if you are practicing an ATR (African Traditional Religion) it may be Baron Samedi (the Loa, or God, of the Dead). Incidentally, some folks believe that the first person buried in a graveyard also becomes the guardian and protector of that graveyard. If you know who that person is, you may wish to petition them calling them by name or generically.

Once inside, it is necessary to choose a grave and there are several criteria for choosing a grave. A grave may be chosen based on either your own relationship with the deceased or that of a client’s. For example you may collect dirt from your beloved grandmother’s grave in hopes of attracting a lover. It may be chosen based on the person’s occupation in life. For example dirt from a doctor’s grave for health and healing; from a lawyer’s grave for legal work; from a police officer of soldier’s grave for protection from enemies; or from the grave of a priest for blessings and spiritual protection.

Finally, sometimes a gravesite may be chosen by intuition or divination. For example, I have used a pendulum to assist me in choosing a proper grave from which to gather dirt for my workings. To do this I position the pendulum over the headstone and ask "Is the dirt from this grave appropriate for my purpose?" If I get a positive answer, I then ask "Is (the spirit of the grave) willing to sell me some of its dirt?" Again, if I get a positive answer I ask "Is the spirit willing to accept my offering of (offering) in return for some of its dirt?" If I get a positive answer, I then make the offering and collect the dirt. If I get a negative answer I will either 1) move on to another grave or 2) return to the same grave at another time. If you don’t have a pendulum handy then you can simply walk to the center of the graveyard. Mentally reach out to the spirits around you, explain your situation and ask if there is any spirit that would be willing to assist you in completing your goal. You may then feel a psychic pull toward a certain grave.

​Once a grave is chosen, knock on the headstone three times and place your palm on it mentally stating your goal again asking the spirit if it will assist you. If the spirit grants permission then you can go about collecting the dirt. There are several options in regard to where exactly to collect the dirt. Some folks say collect it from over the head area, some say over the hearth or the hands. Generally speaking, I prefer to take it from over the head which is the seat of consciousness. Next you will cut out a small section of grass and then remove the dirt from about 4-6 inches down. Never take more than you need. When you are done, place a silver dime in the hole and then replace the sod. Put your dirt in container such as a plastic bag or a glass jar. Remember to label the container with the name of the deceased as well as the dates of their birth and death. Upon returning home you may wish to lay out the dirt on a plate or other flat surface to dry out if it is moist. Then sift it through a sifter or colander to remove any rocks, roots, or plant matter.
​

​The Genius Loci, or spirit of place, refers to the belief that certain places are occupied by spirits or Gods that can be petitioned or satisfied to bring about our goals and desires. In the modern era it is now mostly understood as the energy which occupies a particular place. This energy can be captured in the form of the dirt that occupies the place in question.

Below are a few example of places where you can collect dirt and their uses. They are:

​How Dirt is Deployed in Hoodoo
​

Just like dried herbs and powders, dirt can be used in a myriad of ways. In my personal practices, I usually spread the dirt on a flat surface and then draw a symbol or write a keyword indicative of my goal in it. I then call out the name of the person from whose grave the dirt was collected and ask for their help. Remember they agreed to help you when they accepted payment for the dirt. Afterward the dirt is gathered up and deployed in one of many ways

​For example, it can be placed into a dollbaby or mojo bag, it can be folded into a packet. It may be sprinkled on a dressed candle (the oil will make the dirt cling to the candle, although I would not use too much), it may be sprinkled about a house or business, etc..  In some cases the spirit from whose grave the dirt came from will instruct you in how to use the dirt.