The Devil at the Crossroads 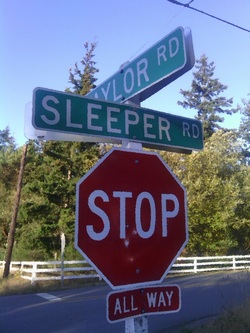 They are considered to be extraordinarily powerful and, as such, they are often the sites where spells and rituals are performed, offerings are laid and completed spells are disposed of. For example, folks often dispose of a portion of their used bath water at a crossroads after taking a cleansing spiritual bath in order to disperse the undesirable influence that was washed away. Similarly, completed spell remains, such as Vigil Candles, are left at a crossroads often in a paper bag or buried nearby.

Crossroads dirt is often collected and used in certain spells as well. For example, one recipe to attract a male lover calls for dirt from a three-way crossroads. In other instances, you can use the crossroads to lead someone away from you by taking dirt from their footprint and sprinkling a pinch or two of it in their shoes and then at every intersection between their home and the town limits.

In many cultures, the crossroads are associated with the practice of witchcraft and sorcery as well as with a number of entities including Hecate, Mercury, Ellegua, Ganesh, Papa Legba, St. Peter, and The Devil. Also known as the Black Man, the Devil at the Crossroads is not the Adversary mentioned in the Christian Bible but rather a helpful spirit that became conflated with Satan when African slaves were forced to practice Christianity.

Many of these spiritual entities are known for their power over the living and the dead, the ability to move freely between realms, removing obstacles, removing crossed-conditions, and opening the way.  Arguably, the most famous (and most misunderstood) Crossroads ritual is that of meeting the Devil at the Crossroads in order to gain mastery and skill in a particular endeavor.

In “Hoodoo, Conjuration, Witchcraft, Rootwork”, a collection of folklore gathered by retired Anglican Minister Harry Middleton Hyatt between 1935 and 1939, several examples of the Crossroads Ritual can be found. Most of the rituals follow a basic outline with a few permutations (i.e. time of day, number of days, etc…)

To perform the Crossroads Ritual, bring the actual item that you wish to master to the crossroads at midnight for 9 nights in a row. For example, if you want to be a better card-reader bring a deck of Tarot Cards; if you want to master making mojo hands, you might want to sew a complete mojo hand over 9 nights.

As you visit the crossroads each night you may or may not see or otherwise be met by any number of black-colored animals.  On the final night, you will be met by a figure. It might be a person dressed all in black, it might be a black man (i.e. a person of African descent); however he appears it will be the Devil. If you don’t show any fear, he will take the item you brought from you and teach you how to use it properly. Finally, he will return the item to you and you will then possess both mastery and skill with the use of said item.