THE ART OF CONJURE

A Basic Guide to Learning Magick 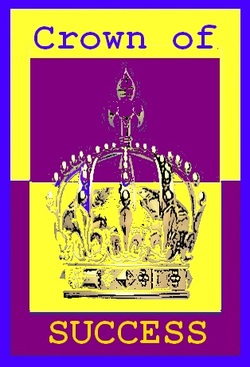 As a witch and magickal practitioner I’m often asked by curious seekers the best way to go about learning magick. Arguably the most popular definition of magick, which was coined by Aliester Crowley, is “the science and art of causing change to occur in conformity with will.” When people think about magick, they often assume that its all about burning candles before strange altars, sticking pins in dolls, or chanting magical rhymes in order to instantaneously bring about their wishes. They often believe that magick will make their life easier, when in fact it is very hard work!

The truth is that it takes a long time to learn how to successfully practice magick. In fact, magick is a science and an art that in all likelihood you will never master—which is why witches, magicians, and sorcerers are said to practice magick.  When asked by those who wish to undertake a study of magick, I often suggest that they begin their journey by seeking to understand themselves. To this end I advise the new student to begin meditating and journaling on a daily basis.

Meditation is a skill which the aspiring magician will find invaluable as they begin their study of the occult. It has been defined as both the absence of thought as well as the focusing of one’s thoughts on a singular matter for a period of time and whether you believe the former definition or the latter, you’re right. Proper meditation helps build mental discipline and the ability to focus one’s thoughts and attention--- traits which assist the magician in exerting his or her will.

Journaling is a practice widely utilized by magickal practitioners. More than a past time, however, journaling acts as a focus for one's creativity, a means to listen to one's spirit, a form of meditation, and dealing with daily stress; in addition your journal will become a valuable resource in the recording of information that you will often refer back to in your studies of the Craft. Maintaining a magickal journal often gives the writer a strong sense of comfort in that he or she has an 'audience' for their thoughts, feelings, and emotions; even if no one else reads the journal. In addition psychology teaches that writing about our problems and issues helps us to deal with them.


In effect your magickal journal is a map of your spiritual journey. The first step of which is to define what type of magick they are interested in. There are many types of magick, however, they can often be divided into three categories. They are:


It is often a good idea for the new student to begin with the magic of their Ancestors or the magick associated with their chosen religion.  In other cases, a person may inexplicably feel drawn to a specific tradition or type of magic. For example, my ancestry is part Jewish, Native American, and Irish. While I’ve never had a any significant interest in my Irish or Native American roots, I have always been interested in Jewish Folk Magic as well as its connection to the practice of Hoodoo. In addition, I grew up with a deep interest in Greek Mythology. When I began studying and practicing Wicca, I often found myself calling upon the deities associated with Ancient Greece.

Once an area of interest has been chosen I feel that it is necessary for the student to read anything and everything that they can about their chosen subject. I don’t think that it is ever a good idea to get all of their information from one source, as the individual will have a tendency to believe only what that source has to say on a subject. Learning from many different sources will allow the student to get a healthy cross-section of ideas and opinions so that they can find their own truth. Sources of information can include, but are not limited to, the following:


In order to get a solid foundation about the science and art of magick, there are four main concepts which I feel the new student should study at some length. They are:

1) The Doctrine of Signatures- A belief which holds that the Creator (i.e. God, the Universe, etc...) marked everything in existence with a sign, or signature, which indicates its intended use.  Furthermore, by careful observation one can determine the uses of a plant from an aspect of its form such as the shape of its roots or leaves, its color, place of growing, or even its name. For example, Walnuts are believed to cure ailments of the head because they resemble a human head; buckeyes are carried for male potency, and to attract sexual partners as they resemble a young boy's testicles; in like fashion ammonia, which sounds like harmony, is often used to cleanse objects of negativity; and Thyme which sounds like time, is believed to draw in money as it has often been reported, "time IS money."

2) Correspondences- Refers to the relationships that can be used for magickal workings. They make use of the connectedness of things. It is helpful to think of correspondences as a list of possible ingredients from which you can make selections. There are three types of correspondences, they are:


3) Sympathetic Magick- A theory which holds that ‘invisible bonds connect all things’. It can be divided into two categories, Homeopathic Magick and Contagious Magick. The Scottish anthropologist Sir James G. Frazer first described these types in his book The Golden Bough (1890).


4) Divination- Divination is the process of gaining information about the past, present, or future using certain objects and tools which may include but are not limited to Tarot Cards, Runes, Astrology, Playing Cards, and the use of Crystal Balls---these being the most popular modes of divination today. Human beings have developed a wide range of techniques to obtain information from supernatural sources. Of these many methods, they can fall into three main categories. They are:


Divination allows the individual to analyze the past and present in order to determine the probability a future event(s).  The more accurate readers are able to focus on the most probable alternate-futures.  The accuracy of a reader’s ability to foresee a future event decreases in direct proportions to the distance those future events lie ahead in time. Divination teaches that by active participation in the events occurring in the life of a person, he or she can shift the probabilities towards their desired ends.

With an understanding of these four concepts and practices the student can begin laying a strong foundation for understanding how magic works.   As you narrow your focus down to specific media, it then becomes necessary to learn the rules and techniques for practicing magic with certain materials. Examples of materials used to practice magic include:


For example, candles are a popular tool for casting spells. However, to successfully practice candle-magick the student must learn how they are prepared and deployed. This usually entails cleanings the candle, carving words or symbols on it, anointing the candle with oil, charging with visualization/prayer and finally lighting the candle. Depending on the tradition of magick you are practicing there may be specific rules/beliefs associated the medium with which you are working. For example, a Wiccan may or may not cast a circle within which to cast their spells; whereas a practitioner of Hoodoo never casts a circle.

The final step in learning magick is to put theory into practice. The student will begin to actively perform rituals and cast spells recording their experiences in their magickal journal. Through a long process of trial and error you will learn what works for you and what does not.  Overtime, your journal will become an invaluable source of information that will grow into your personal Grimoire.