In the book of Ecclesiastes 3:1 it states that "to every thing there is a season, and a time to every purpose under the heaven." In rural communities, farmers were known to plan different activities such as planting, castrating bulls, harvesting, etc... by signs. In like fashion, some workers have interpreted this scripture to mean that certain times are efficacious for spiritual workings as well.

This belief works on the principle that certain energies of the Sun, Moon, and Planets are in sympathy with one’s goal.  Considerations include


For example, the New Moon is for fresh starts and new beginnings and Friday is associated with Venus, the planet of love; therefore, a spell to draw a new unknown lover to yourself would best be performed on a New Moon on a Friday.

One cannot always perform a spell during the correct moon phase, day, and hour, so we try to get at least the proper Phase and Day.

Although the moon can be divided into 8 distinct phases, most Rootworkers focus on the more well known five. They are:


Dark Moon- A dark moon occurs when there is no moon at all in the sky. This is a great time for efforts  of retribution, to bring down your enemies, and throw curses.

New Moon- The new moon occurs when the first sliver of the moon is visible in the night sky after a dark moon.  It is a great time to manifest anything new, begin new products.

Waxing Moon- The time between the new moon and the full moon is called the Waxing Moon. During a waxing moon, the moon will appear as a reverse C shape with the light side on the right and the dark side on the left.  The waxing moon phase is used to draw things to us.

Waning Moon- The period between the full moon and the new moon is called the Waning Moon . During a waning moon, the moon will appear as a C-shape and the light side will be on the left and the dark side on the right. This period is used to move things away from us. 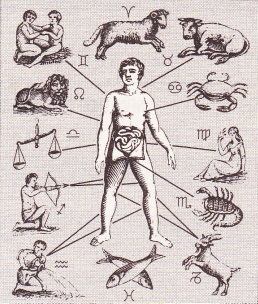 In earlier days, people named Signs for the areas of the body that they ruled, rather than the signs themselves. Many country folks gave a great deal of consideration to the area of the body the moon occupied before doing anything of a practical nature or even a magickal one. For example, you would never have a tooth pulled when the Moon is in the Head (Aries) as it runs the risk of hemorrhaging.

Days of the Week

Virtually everyone is familiar with the seven days of the week, but not many people know that they are associated with the seven planets in classical astrology. Therefore, by virtue of these associations,  each day of the week carries its own correspondences.


In addition to these traditional associations, various practitioners may have personal ones. For example, many people get paid on Fridays, therefore they associate Friday with money and wealth and may cast spells of that nature on Fridays.

In another example,  a person wishing to cast a spell to get a new job may do so on a Wednesday if they are seeking work as a writer (because Mercury rules communication) rather than on Sunday, which is associated with one's career.

Hands on the Clock 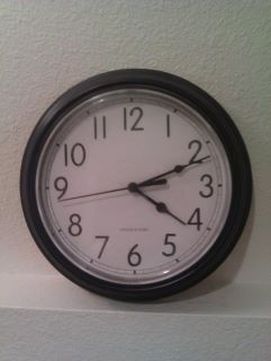 
Midnight in the Garden of Good and Evil is an account of real life events which occurred in Savannah, Georgia in the early 1980's. The story centers around the shooting death of Danny Hansford, a young man in the employ of a rich antiques dealer named Jim Williams. The story introduces many colorful characters, including Minerva who is described as the widow of Dr. Buzzard (a well known Rootworker, or Conjure Doctor) and a powerful Voodoo woman herself. After he is arrested and charged with the murder of Danny Hansford, Jim Williams hires Minerva to assist him in his case by working the judge, jury, and prosecutor to help ensure that he is not found guilty.

The title of the book refers to a specific time and place described in the narrative. Midnight being the mid-point between dead time, when the scales of justice can tip in either direction (see photo at  left), and the garden of good and evil referring to the cemetery, as Minerva refers to Bonaventure Cemetery as the 'flower garden' several times.

Although the author has made the popular mistake of believing that Voodoo and Hoodoo are interchangeable (which they are not),  Dead-Time as described in the book is a concept found in the Hoodoo Tradition of African-American Folk-Magic, although I have not known it to be called such. On this subject, Cat Yronwode a well known author on the subject of Hoodoo writes

"One well-known Root Doctor from Birmingham, AL used to say that if you want to draw or attract you should perform a spell at any time day or night, when the clock hands are rising. Conversely, spells used to repel can be performed at any time day or night when both clock hands are falling. Avoid times when one hand is rising and the other is falling as this confuses the vibrations of the work."

This concept is entirely different from European based practices in which  many magickal practitioners observe the Planetary Hours a method which ascribed astrological energies to the Hours of the Day and Night. To find the correct time in which to cast as spell the practitioner must determine which astrological body is in harmony with their goal and then perform their spell during the window of time that is attributed to that time.