How to Track Your Transits

​A Step By Step Guide
In order to track your transits, you will need your natal, or birth chart.  If you don’t already have this you can get your natal chart for free here. You will also need an ephemeris. For this article we will use the natal chart of actor Chris Evans.

Perhaps the easiest thing to start out doing is to check the transit, or movement, of the planets through your natal houses.  The first thing you want to do is to familiarize yourself with how the Signs relate to your natal houses. The Ascendant, or Rising Sign,  always represents the beginning of the first house. If you look at Chris's chart above you see that the Signs are related to the Houses in the following manner.
​ 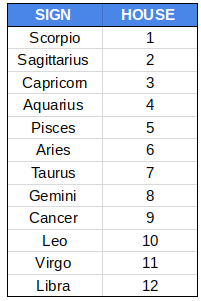 To learn more about how transiting planets relate to your natal chart, please refer to my Transits page.

The next thing you will want to do is to check the aspects between the transiting planets and your natal placement. Begin by taking your placements and putting them in numerological order from least to greatest. As you can see from the chart above, Chris’ placements are as follows 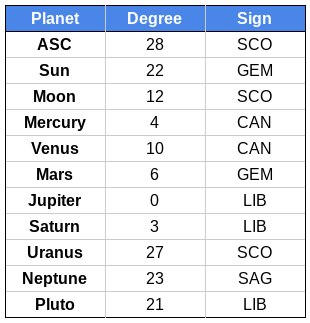 When these are placed in numerological order from least to greatest they are now arranged as follows: 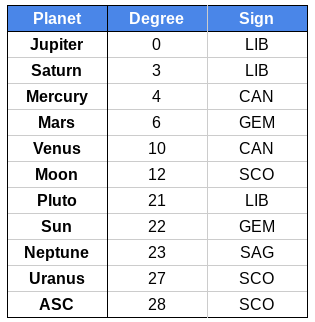 Next you will add two degrees to either side of these placements, seen below in red. 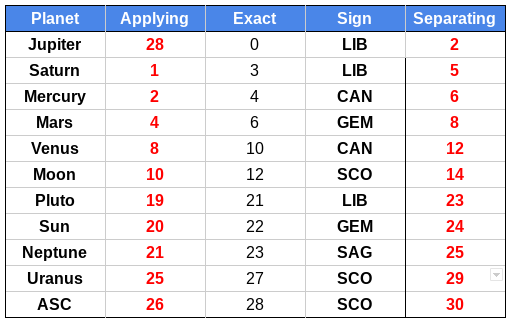 
Aspects are thought to be either “hard” (difficult) or “soft” (easy).  Trines and Sextiles are soft, while conjunctions, oppositions, and squares are hard.  Soft aspects typically occur quickly and easily with little effort. Hard aspects bring challenges that help push us past our own personal boundaries and give us the impetus to achieve our goals.


For the purpose of this article, we will be looking at September 2018 and checking aspects between the transiting moon and natal placements. However, you can check apsects between any and all placements that you wish. 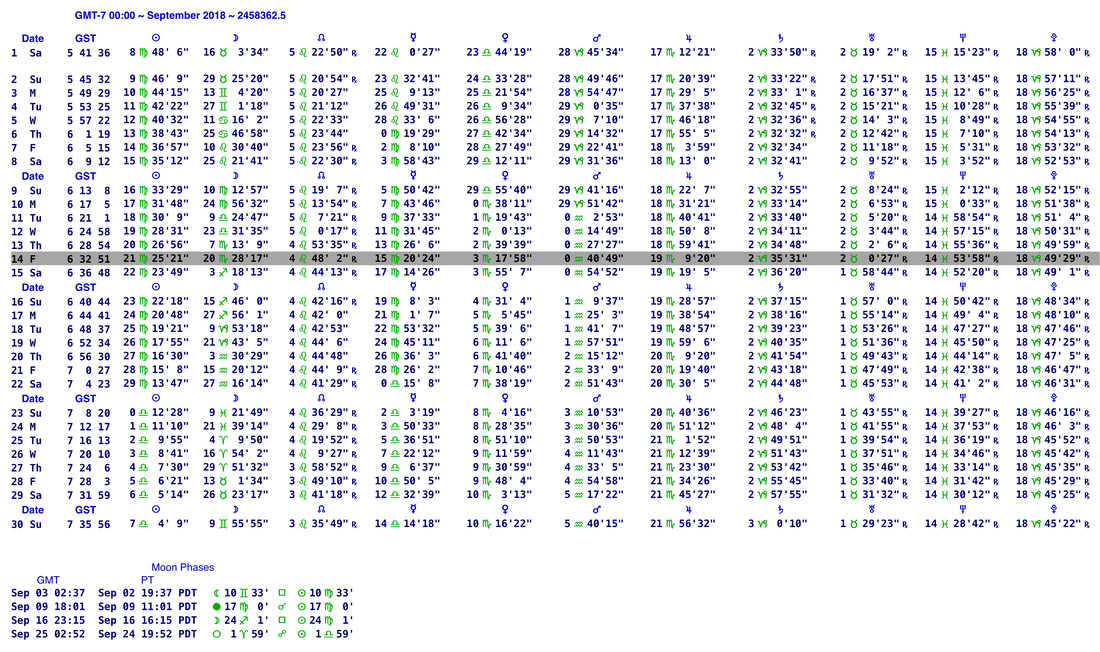 Let us look at the transiting Moon which starts out on September 1st in 16 degrees Taurus. This does not fall within any of Chris’ hot zones. Scanning the ephemeris we see the Moon is in 29 degrees Taurus on September 2nd which falls within his natal Jupiter (28-00-02) and Uranus (25-27-29) hot zones.


So Chris will begin to feel the effect of the transiting moon in opposition to his natal Uranus around 4 pm on 9/1, it will reach its peak around 8 pm that night and it will lessen around 10 PM as the planets grow further apart. During this brief period Chris may experience a strong emotional urge to rebel against something or someone outside of himself.  He may be easily distracted and search for some form of excitement and this plays out in the form of impulsive decisions and emotional reactions.

Continue scanning the Moon column on the ephemeris for hot zones and write down any aspects which are formed.  Due to the fact that the moon moves so quickly through the zodiac, most of these aspects will last for only a short time but they can trigger events and experiences.  If you desire you can check the movement of all the transiting planets to your natal placements.