Hoodoo is a set of magickal practices originating in Africa which, through the process of syncretism, has absorbed some beliefs and practices from other cultures such as Native American spirituality and European Ceremonial Magick. In some cases, the word hoodoo can also refer to


Additional words which are synonymous with Hoodoo include: conjure, witchcraft, rootwork. 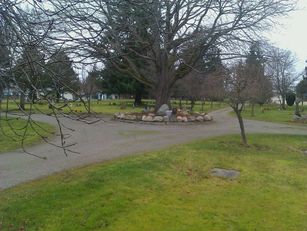 Hoodoo is believed to have originated with Africans who were brought to America as slaves, mainly in the Southeastern states where slavery was legal, and moved West across the nation. These men, women and children often arrived on American soil with very few personal possessions, if any at all. They did not bring their native herbs with them, and if they did those items were most likely taken away. The slaves found themselves in a place where they were considered the property of abusive slaveholders and they didn’t know anything about the herbs, plants and curios of this strange, new land. African and Native American slaves often found themselves working along side one another and it is believed that through this co-mingling the slaves learned a great deal about the medicinal and magickal uses of the herbs native to America.

As many slave-owners identified with Christianity, they often attempted to covert their slave workers--going so far as to forbid them to practice their religion under threat of death. In order to be able to practice their religion, the slaves expressed their beliefs under the guise of the dominant religion of their region. In the southeast, where people were mainly Protestant Christians (or one of its offshoots) the Dark Man of the Crossroads became identified with the Devil of Christianity. This example is cited as one of the many reasons that Christians believed that Africans worshipped the Devil, which itself was given as another reason for their desire to convert the slaves to Christianity.

In those areas where Catholicism was the dominant religion, such as New Orleans, hoodoo practices mingled with not only Catholicism but Vodoun (Voodoo) as well. In these instances, Christian Saints often became associated with the spirits and deities of Voodoo. For example, because St. Patrick was mythologicaly associated with snakes (having driven them out of Ireland) he became identified with the Voodoo deity called Damballah who often took the form of a serpent. Today, many people still confuse the magickal practices of Hoodoo with the religion of Voodoo.

In Northern states where African-Americans were, more-or-less, free they were introduced to European immigrants who came to American seeking religious freedom and who brought their own religious and folk-magic beliefs and practices, such as Pow-Wow, with them. It was through contact with these immigrants, and later through their writings, that Hoodoo absorbed elements of European Grimoires and Jewish Kabalistic magic and sorcery.

Prior to the early 1900’s, traditional practitioners led a nomadic life, constantly traveling from town to town offering his or her services and selling their baths, oils, and tonics. By contrast, many workers settled into communities where they acted as doctor, magician, priest, and counselor.

However, between 1910 and 1940 it is estimated that more than 2 million African-Americans relocated from the southern states to escape racism and seek employment in northern industrial cities. As they gained access to more education, many of these African-Americans abandoned the beliefs of their ancestors as they began seeing Hoodoo more and more as superstition and ignorance rather than as a faith and a practice.

Thanks to the efforts of people such as Zora Neale Hurston and Harry Middleton Hyatt, the practice of Hoodoo did not die off completely. Their work to collect and preserve the beliefs and practices of Hoodoo and conjure as shared with them from actual practitioners from all over the south, helped paved the way for the modern Hoodoo revival which began in the mid 1990’s.

Beginning around 1965, and continuing to this day, census data has shown a trend in which blacks have begun to return to the south citing improved racial relations and economic growth. With their return to the south, many blacks displayed a renewed interest in the spirituality of their ancestors. The accessibility of the internet in the mid 1990’s along with this renewed interest in all things spiritual set the stage for the beginnings of the Hoodoo Revival.

Modern writers such as Papa Jim Haskins and Catherine Yronwode  have done a great deal to preserve the beliefs and practices associated with the Hoodoo tradition. Additionally in the Spring of 2011,  Denise Alvarado (The Voodoo Hoodoo Spellbook, Voodoo Dolls in Magick and Ritual, The Voodoo Doll Spellbook) conceived and published Hoodoo and Conjure Quarterly. The first of it's kind, HCQ is “a Journal of the Magickal Arts with a Special Focus on New Orleans Voodoo, Hoodoo, Folk Magic and Folklore. It explores historical and contemporary information about the conjure arts, including magico-religious practices, spiritual traditions, indigenous healing and herbalism, and religions with their roots in the African Diaspora.” It is clear that the work of these writers and practitioners will continue to  make such information accessible to new generations of seekers effectively ensuring that this wisdom will not be lost to us.

As a result of the exposure to various beliefs and practices the religions of African slaves transformed into a hodge-podge of magickal practices identified as Hoodoo. Although Hoodoo is not a religion adherents often draw upon Christian mythology, however, some practitioners are just as likely to petition Ganesha or even Papa Legba to remove obstacles and open the way before them.

Even so, there are a few common beliefs that most practitioners of Hoodoo hold. They are:

Hoodoo is a set of magical practices which originated in Africa and which have been stripped of its original religious dogma. It arrived in the new world with slaves who were taken from their native lands and stripped of their belongings, their identities, and their religion.

In order to preserve their beliefs these slaves adopted some form of Christianity as their religion, absorbing beliefs and practices associated with Native American plant lore and European ceremonial magic, and practiced their beliefs under the guise of their new religion. Today, Hoodoo continues to exists as a hodge-podge of religious beliefs and magickal practices with most practitioners adhering to a few common beliefs.